Tyson Fury and Deontay Wilder will clash in a career-defining rematch later this month – and talkSPORT will be there to bring you live and exclusive coverage.

We have the landed the radio rights to the huge show in Las Vegas on Saturday, February 22, as the two boxing superstars look to settle their scores following their controversial draw in December 2018 in one of the best fights in recent memory.

Wilder’s WBC heavyweight title will be on the line again and one of their unbeaten records is surely set to end.

talkSPORT will be making a night of it for boxing fans across the UK, with nine hours of uninterrupted coverage from 10pm on Saturday night through to 7am Sunday morning.

Former British cruiserweight Glenn McCrory, Fight Night presenter Adam Catterall and talkSPORT’s Dom McGuinness will be at the MGM Arena in Vegas, to bring you all the build up, live action and post fight analysis.

Ahead of the fight, talkSPORT’s Fight Night will be previewing all the action and analysing every punch in the ring with a host of guests in the podcast that packs a punch.

‘Fight Night: Fury Week’ the podcast will be going daily on February 17-23. 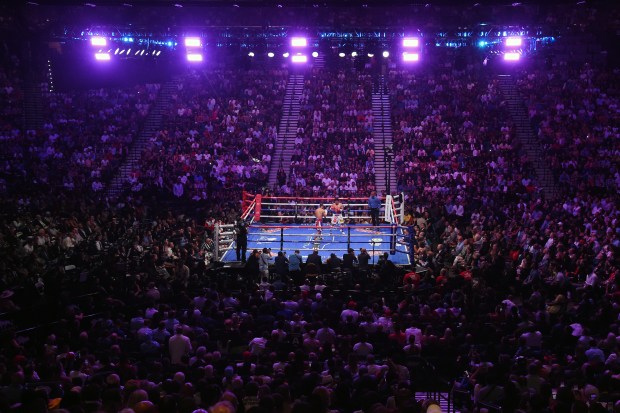 The station is also partnering with Eastenders’ Jake Wood and Spencer Oliver for a special radio version of their popular boxing podcast to air on the night, with expert analysis from The Sun’s legendary boxing correspondent Colin Hart throughout ‘Heavyweight Week’, counting down his all time heavyweight bouts.

This will be accompanied by a raft of bespoke boxing content across talkSPORT and talkSPORT 2 leading up to the fight as well as social media content for talkSPORT’s 4.1million social media followers.

Meanwhile, talkSPORT.com will be on hand to bring you all the latest news, in-depth features, exclusive interviews and reaction, plus a live blog of the night’s action.

Tyson Fury said: “There’s no more ducking and diving – the ‘Bomb Squad’ is about to be securely detonated and the real champion crowned as the world watches on for the most anticipated fight in years. This is unfinished business for me, but come February 22, this dosser will finally get what’s coming to him, and I can’t wait!

Promoter Frank Warren said: “Fans across the world will be tuning in for this unmissable boxing action on talkSPORT in the biggest clash of the year so far. These two towering boxers will leave nothing in the ring – It’s unfinished business.”


Deontay Wilder ‘prepared for war’ against Tyson Fury in rematch


Fury will stop Wilder and then wants Joshua by the end of 2020, says promoter

talkSPORT National Radio Controller Liam Fisher said: “2020 will be a huge year in top level boxing on talkSPORT and this is the big ticket in an unmissable weekend of action that also includes a Premier League triple header. We love boxing and our listeners do too – flocking to all things boxing on air and online. Our team will be ringside to bring all the drama to our UK listeners through the early hours. Live action on talkSPORT – it’s what real sport sounds like.”

Listeners can tune in at talkSPORT.com here or by clicking the radio player below. You can also listen via the app, connected listening devices, on DAB digital radio and on 1089 or 1053 AM.

Boxing news: Tyson Fury’s father John Fury tells the story of why he named his son after Mike Tyson back in 1988